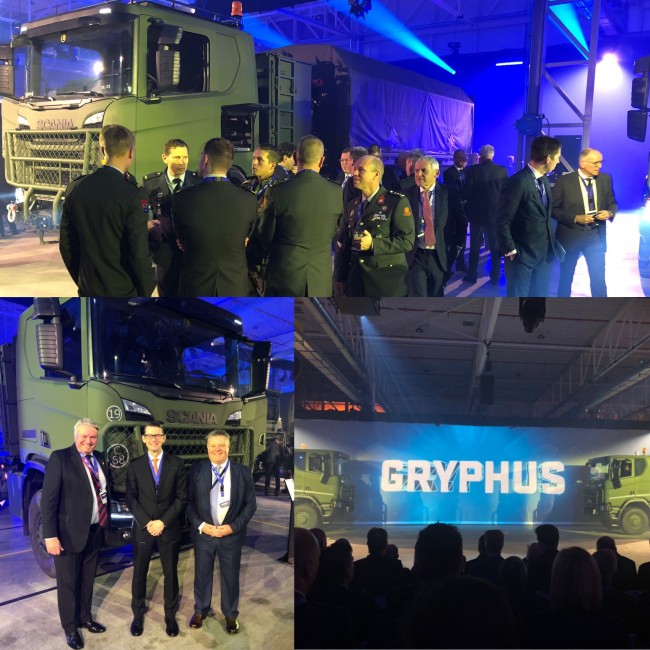 TEK Military Seating was recently invited to the Netherlands as one of Scania’s key suppliers for the official handover of the first defence vehicles to the Defence Material Organisation (DMO). 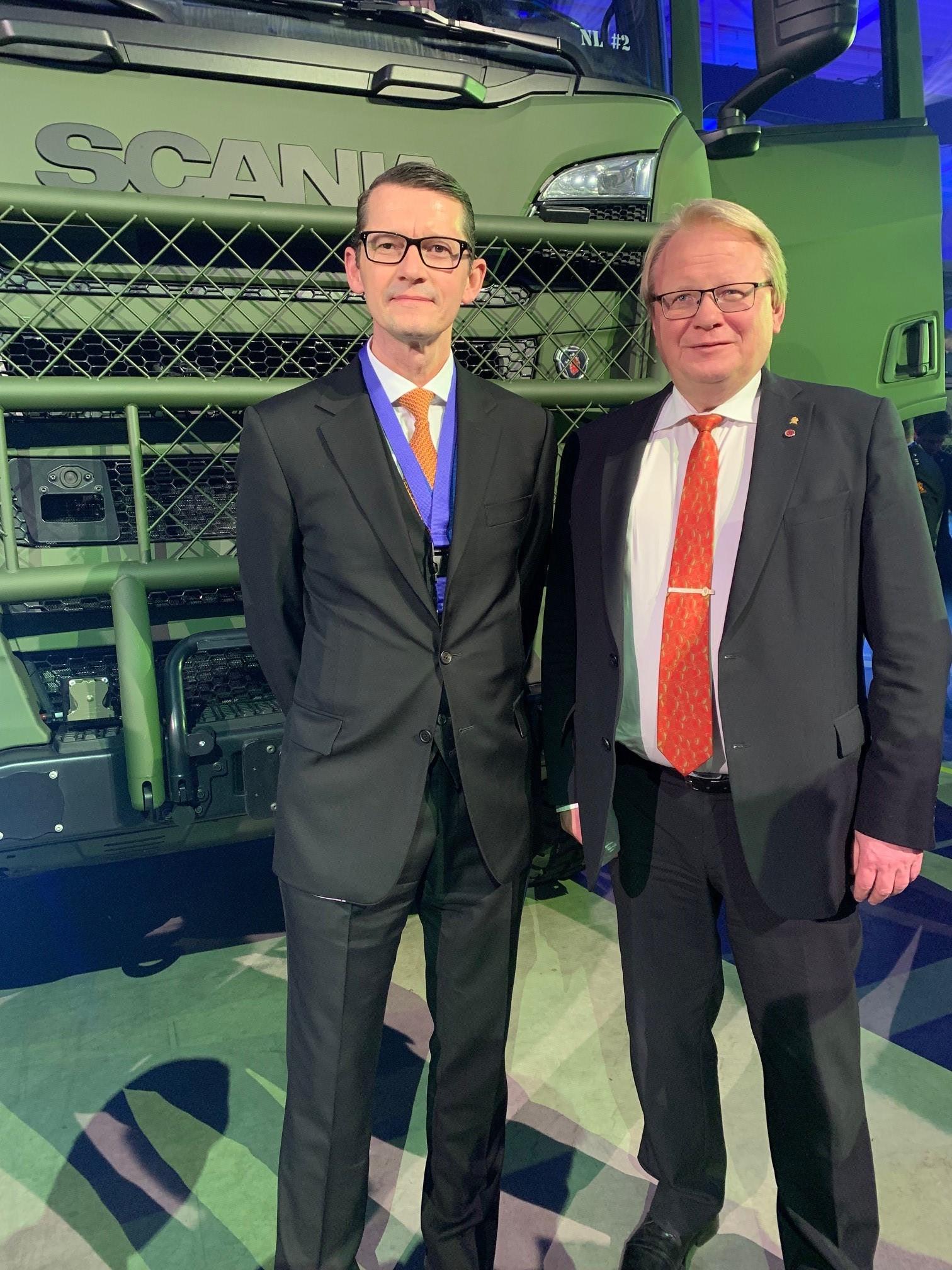 The event had added gravitas with the attendance of the Swedish Defence Minister Peter Hultqvist, who TEK Group CEO Paul Fleming had the pleasure of meeting (pictured), and the Dutch Defence Minister Ank Bijleveld.

Over the next three years more than 2000 new Scania Gryphus trucks, in different configurations, will form the new logistic backbone of the Dutch armed forces giving the Dutch army not only access to a modern, reliable and comfortable truck, but also a vehicle that can distinguish itself in terms of sustainability.

“This was a big day for the TEK Military team and the Gryphus project," commented Paul Fleming. “We are proud to be a member of the Scania supply chain and a great result for the company!”

Cookies are small text files that can be used by websites to improve your experience and to remember settings. The law requires that your consent is given for any cookies that are not strictly necessary for the operation of this website.

Selecting this option will allow us to use cookies for marketing and analytics purposes. For example Google Analytics.